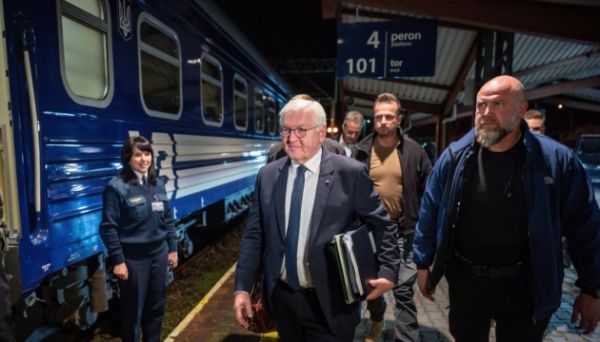 German Federal President Frank-Walter Steinmeier has arrived in Kyiv for the first time since the Russian-Ukrainian war started.
Steinmeier, who arrived in Kyiv by train on Tuesday morning, was set to meet Ukrainian President Volodymyr Zelenskyy later in the day, Faktor.az reports citing the German DPA news agency.
This is his third attempt to visit Kyiv. Last week, Steinmeier postponed a planned trip to Ukraine at short notice, due to security reasons.
In the spring, Steinmeier’s trip to Kyiv was canceled due to the reluctance of the Ukrainian side to accept the president.