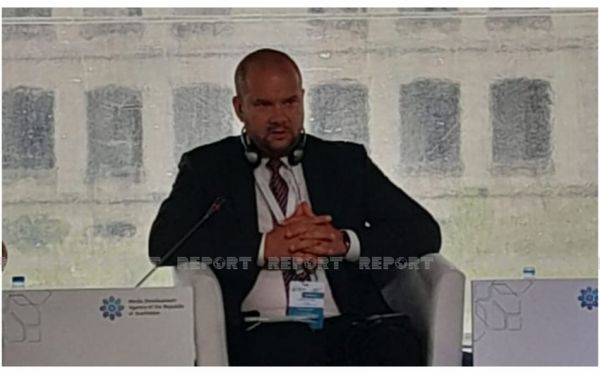 "Media representatives must adhere to certain accepted standards. The complexity of the debate can help bring out important points," Secretary General of the European Alliance of News Agencies Alexandru Ion Giboi told the International Media Forum held in Shusha, according to Report's correspondent dispatched to Shusha.
"The most important role of the media is that it has a certain role in creating certain trends in modern life. It can be bad or good. The media can be a defensive or destructive weapon. Ethics protects it from being destructive," he said.
According to the secretary general, the media should not be discussed in the context of social media.